The partnership agreement, which will make HFQ® technology available to the North American market, will see Telos Global manufacture high-strength aluminium body-in-white and chassis components, enabling the company to service OEM requirements in fast-growing markets such as SUVs, pick-up trucks and electric vehicles.

Telos will commence production of HFQ® components from its facility in Caryville, Tennessee, initially supplying automotive OEMs in North America, before expanding into Asia and Europe. This is a key next stage in ITL’s establishment of an HFQ® supply chain from mid-2020 onwards, as part of its strategy to create a global network of partners working to a common set of manufacturing, design and simulation standards, following on from the recently announced partnership between ITL and fischer group in Europe.

Commenting on the announcement, ITL’s CEO, Jonathan Watkins, said: “We are delighted to have entered this strategic partnership with Telos Global, which will offer automotive OEMs a high-volume supply base for stronger, lighter, more cost-effective structures made using HFQ® Technology to a guaranteed standard. We look forward to working with Telos to develop a global HFQ® supply chain capability in North America as well as globally.”

Rick Teague, CEO and founder of Telos Global, said: “This partnership with ITL offers Telos an exciting opportunity to supply automotive customers in North America and around the world with complex components manufactured from new, high-strength aluminium alloys. We believe HFQ® Technology, using Telos’ scalable production system, will offer significant opportunities for light-weighting and design flexibility at a competitive price.”

Telos Global was established in 2016 by Rick Teague, the former Global Director of Hot Stamp Pressing and Tool Development at Cosma International (part of Magna International), to supply the world’s largest automotive OEMs with chassis and body-in-white components manufactured using the most advanced hot stamping technologies.

Impression Technologies was formed in January 2013 to commercialise HFQ® Technology. HFQ® enables standard grades of lightweight, high-strength aluminium to be formed into complex shapes in a single pressing operation. The shaped aluminium blanks are heated, formed at high speed in a stamping press, quenched in the forming tool and then undergo artificial ageing to achieve full strength. Impression Technologies currently supplies parts on six different vehicle platforms. Its team of experienced application and design engineers carry out simultaneous engineering with customers from the outset of vehicle design projects to help maximise the potential of this revolutionary technology and reduce weight, quality issues (such as spring-back), part-count and total cost. The company is fully equipped to carry out in-house prototyping and production runs to support HFQ® Technology customers, operating the world’s first HFQ® production line. One of the advantages of using HFQ® Technology is significantly increased design freedom, resulting from the use of HFQ® design tools with commercial design software and from the new design opportunities the HFQ® process affords on the material and part. HFQ® components will be supplied to OEMs to a set of common standards through a growing network of accredited and highly capable manufacturing tiers. 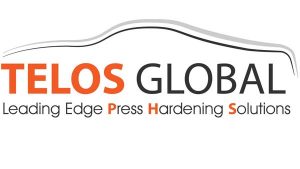 Impression Technologies Ltd is proud to announce a key strategic partnership with fischer Group, a global leader in the manufacture and supply of precision automotive components, which also serves the aerospace sector. 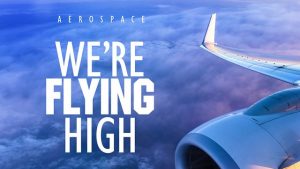 We are pleased to announce our collaboration in the Future Advance Nacelle Technologies And Structural Integration Concepts (FANTASTIC) project, led by Bombardier, and supported by the UK Aerospace R&T Programme; a partnership between Aerospace Technology Institute (ATI), Department for Business, Energy and Industrial Strategy (BEIS), and Innovate UK, the UK’s innovation agency. 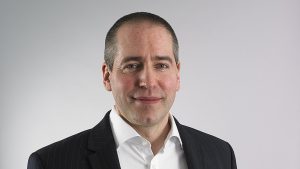 Following from the recent Vehicle Recycling Conference in Munich,
our Principal Technical Specialist Adrian Tautscher expands on the use of aluminium in vehicle body structures. Read the full article ‘Higher aluminium content to be processed at End-of-Life’ here:
https://www.atfpro.co.uk/single-post/2018/12/03/Higher-aluminium-content-to-be-processed-at-End-of-Life

We are pleased to announce that Novelis, the world leader in aluminum rolling and recycling, has signed up to become the first partner in the HFQ Partner Network. As automakers continue to adopt aluminum into vehicle design and use hot stamping technology, Novelis will work with Impression Technologies and other partners to share knowledge and best-practices with OEMs and Tier One suppliers to accelerate adoption of aluminium light-weighting as a global standard. The first HFQ Partner Network’s meeting is scheduled for later this year. The partnership will be an independent body to promote HFQ technology and accreditation for materials, simulation, tool processing and parts

Don’t miss our presentation at the 3rd Annual Global Automotive Lightweight Materials Congress Asia on 31 July – 1 August 2018 in Shanghai, China. Our consultant Dr Zhutao Shao will be presenting on Day 2 at 2.30pm on ‘HFQ® Aluminium Sheet and Innovations for Higher Volumes’. For full agenda of the event, visit https://lnkd.in/ghrw_Uc. 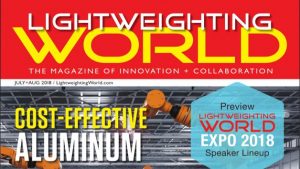 We are pleased to announce that the HFQ® Automotive White Paper has been published as an editorial piece in one of the industry’s leading magazines Lightweighting World July-August edition. The article examines how the HFQ Technology works and how it can simplify design and boost production efficiency, while also raising standards and driving the technological development of future lightweight vehicles. The full article is now available for download here: https://rm-media-group-llc.dcatalog.com/v/Lightweighting-World-July_Aug-2018-Issue/#page=1